The Progressive Democrats have set 7 pledges to the Irish People. 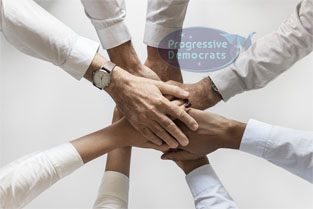 The Progressive Democrats are a party in the European liberal democratic political tradition.

We believe that social justice and economic prosperity go together.

We seek to be innovative and reforming in government, taking on the big challenges.

We have a clear view of the role of government. It means

Our party has held to these principles since our foundation in 1985.

We believe they best serve the public interest.

And we believe our record of implementation in government and Ireland’s great progress since 1985 fully back that up.

We believe in and work for an open, prosperous and secure Europe. An open, market economy has been at the core of the European project since the 1950s and it is the route to sustainable social and economic progress in Europe.

We also believe Europe has a vital role to play in securing and sustaining peace and stability on the greater European landmass and in the world. We believe Ireland should actively contribute to these European goals.

What Have The PDs Ever Done for Me?

Why Is It Important To Have The Progressive Democrats In The Next Government?

What’s The Lesson To Be Learned?

What Progress Has Been Made In The Area Of Health?

What About Health Funding?

What’s Been Done For People With Disabilities?

What’s Being Done For Older People?

Are More Medical Cards and GP Visit Cards Being Issued?

What’s Being Done For Mental Health?

What’s Being Done To Increase The Number Of Hospital Beds?

What Improvements Have There Been In Waiting Times for Hospital Treatment?

What’s Being Done About Hospital Cleanliness?

What’s Being Done To Improve Primary Care Services In The Community?

How Many More Frontline Staff Are There In Health?

What’s Being Done to Ensure Improved Child Protection And Welfare?

What Progress Has Been Made In Justice, Equality and Law Reform?

What’s Being Done to Tackle Crime?

What’s The Situation on Asylum Applications?

What’s Being Done to Protect Consumers?

Michael McDowell is working to reform, modernise and simplify our laws in a range of areas:

What’s Being Done To Reform Our Prisons?

What’s Being Done to Face Up To Paramilitarism?

What’s The Latest on Decentralisation?

What’s the Office of Public Works Doing about Energy Conservation?

Are We Making The Best Use Of Underused State Assets?

Since the Government’s decentralisation announcement OPW will have realised over  €300 million on the sale of surplus and underused State properties.  Substantial sales have been completed under the
‘Transforming State Assets’ Programme, including the following :

In 2005 Minister of State, Tom Parlon TD announced acceptance of a tender in the amount of €171.5 million for the sale of the former Veterinary College site in Ballsbridge, Dublin 4.  This sale represents the largest ever achieved by the OPW and was actively managed throughout the process.  It is a further step in transforming the State’s property portfolio.