In The Beginning Saturday 21 December 1985 The Progressive Democrats…

Planning Board at odds with Inspector over Blackrock site

The independent planning board, An Bord Pleanala board has overturned…

The PD-inspired policies in the 1997-2002 Colaition Government brought unprecedented success to Ireland: There are…

Progressive Democrats – The Bleak Repercussions of an Assertive Idealism

The Progressive Democrats didn’t wait for too long, after establishing a political party, to take a firm liberal stand on the issues of social importance such as divorce and contraception. As stated by Des O’Malley, the national morale at the time had hit an all-time-low. He and Mary Harney perceived the desperate need for a group of people with progressive ideas that can stand up to the outmoded views of the dominant Civil War parties. Reliant on the young, unspoiled minds, co-founder O’Malley pinpointed the urgent reforms the party intends on bringing in Irish politics. One of the very first big challenges the progressive democrats took on was the much-needed cardinal change in the taxation policy of the country, that was to stimulate the development of enterprises.

The Founding Fathers of the Progressive Democrats 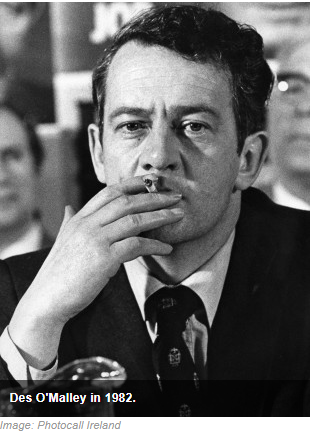 O’Malley founded the Progressive Democrats on grounds of a productive collaboration with likeminded Mary Harney, Bobby Molloy, Pearse Wyse, Fine Gael, Michael Keating and Michael McDowell. Sharing a common separatist fate, these liberal instigators felt ill at ease because of the increasingly conservative political situation in the country at the time. From then on, the self-declared conservative-liberal party started serving the interest of the average voter and private enterprises. The Progressive Democrats was pro-privatization, especially it comes to favoring the private sector. Not only that, but the party artificially braced up corporations by lowering their taxes, thus propelling private enterprises ahead of the rest.

Undeniably, the party’s claim to fame was the paradigm shift in economic values it brought to the table. As a political force, they had the benefit of memorable inauguration coming to the political scene in 1987. Be that as it may, the effect of the initial hype around the party slowly worn out and it never won more than 10 seats in Dáil Éireann ever since its astounding debut. This didn’t take the Progressive Democrats out of the equation, as they kept forming strong coalitions with Fianna Fáil for years on end. With this resolute move the high-ups of the party guaranteed commanding control over Irish economy.

The party has thoroughly influenced financial management and stirred the ingrained understanding of the individual voters’ importance to its depth. They repeatedly advocated for a provident use of taxpayer money and altogether alleviated taxes. Many small and medium business organizations support the cause and lately online merchants and large gaming and gambling enterprise communities join as well. The focus of the Progressive Democrats campaigns was always to empower the average Irish voter to have more control over their future - from the opportunity to spare time and money at the best betting sites to decide how and where his taxes are collected and used byt the government. People of all trades remember the party making a statement with campaigns for a reduction in unemployment, tax rates and increasing pension money.

The Progressive Democrats is renowned for using its political power to give back to the people. The party’s prolific resume includes: effectively abolishing detriments such as emigration and long-term unemployment, ushering in major tax and housing reforms, and stability in the healthcare sector, to name but a few. On the brink of unparalleled financial frailty, it was the Progressive Democrats who introduced National Development Plan (2000-2006), which secured a cumulative investment in the public sector of some £40.6 billion.

A Legacy of Highs and Lows

If nothing, the party leaders paved the way for a more decentralized economy and thriving private corporations with their business-affirmative political views. They proved that Ireland is ready for this and can benefit a great deal from these reformations. Nowadays, when the result of the party’s reign is reassessed, we can see the durable turnabout in the political direction it has caused. Although the organization as a political structure is no more, it partially managed to accomplish its pivotal objectives. 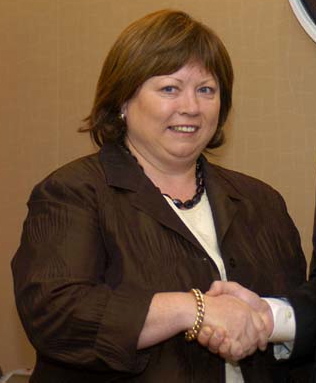 O'Malley gave up the leadership the year 1993 only to be replaced by fellow co-founder Mary Harney, whom history will remember as the first woman head of an Irish party. In 1997 the Progressive Democrats formed an alliance with Fianna Fáil and succeeded in winning enough seats for a minority government. Ten years later, the party's favor came to an end and they won only two seats in Dáil Éireann.